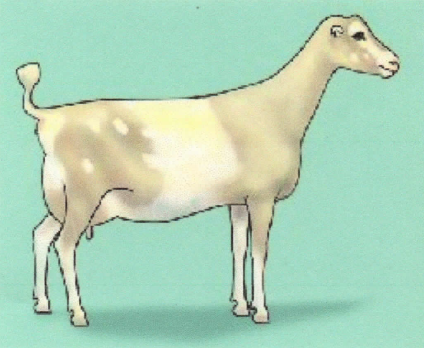 In the early twentieth century, it was noticed that some individuals in large herds of Spanish meat goats had very short ears. This genetically dominant characteristic appealed to some dairy breeders, who used dairy goats of several breeds to develop the LaMancha breed.

LaManchas tend to be somewhat shorter and blockier than most other breeds of dairy goats, but are widely respected for their even temperament and steady production of fairly high fat milk. No colour or pattern is discriminated against in this breed, but ears must be short, especially in bucks.